Skip to content
We're sorry, but the Web browser you are using is not supported.
Please upgrade your browser or try a different one to use this Website. Supported browsers include: 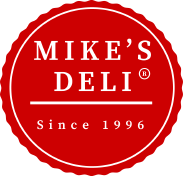 0
You currently have no items in your cart.
Taxes & any applicable fees are calculated at checkout
Menus

You can view Mike’s Deli's Privacy Policy at https://www.Mike’s Deli.com/privacypolicy, which applies only to data collected and processed by Mike’s Deli as part of the website and online ordering system.

You are strongly encouraged to contact Mike's Deli - Slauson directly if you have questions about the restaurant’s practices for collecting and handling personal information.